The Balearic Islands are a beautiful and world-famous Spanish archipelago situated in the western part of the Mediterranean Sea. Thanks to their magnificent climate, the exceptional scenery, the wide sandy beaches and the hospitable inhabitants, these islands attract millions of tourists each year.

The Balearic Island are undoubtedly the ideal place for taking a rest from the daily routine because they meet all the necessary conditions in order to achieve this objective: beautiful landscapes, romantic forests, fertile farmlands, quiet and solitary beaches with brilliant turquoise waters, captivating folklore, mild temperatures and a first-class hotel industry.

Despite the fact that the islands are situated very close to each other, they differ heavily relating to their landscapes. Majorca, the biggest of the five main islands, possesses a gorgeous coastline consisting of rocky outcrops mixed with many small coves that offer wonderful sandy beaches. Menorca, on the contrary, is known for its tranquility, whereas Ibiza with its very own ambience is primarily famous for its gleaming nightlife. Formentera and Cabrera, the smallest of the Balearic Islands, stand out due to their untouched nature and the lack of mass tourism.

History of the Balearic Islands

On the island of Majorca, there can still be found some interesting remains of megalithic monuments which date back to prehistoric times, for example the talayot (towerlike monument) of Sa Canova, the Bronze Age settlements of Ses Païsses, Capicorp Vell and Claper dels Gegants. The most important civilizations having left their marks on the island of Majorca in antiquity include the Phoenicians, Greeks, Carthaginians, Romans, Vandals, Byzantines and Arabs. In 1229, King Jaime I "the Conqueror", who was king of Aragon at the time, took control of Majorca and added it to his empire. When Jaime I died, the island was passed over to his son Jaime II and given the title of kingdom. Nonetheless, after a brief period as an independent state, it eventually became part of the Crown of Aragon in the year 1343.

Menorca, on the other hand, is an ancient island rich in history and tradition and has witnessed a multitude of civilizations on its grounds in the course of the history, for instance the first primitive cultures that set up a large amount of enourmous megalithic monuments all over the island, called talayot, naveta and taula (T-form), which can still be seen today, e.g. the naveta (prehistoric tomb) of Els Tudons. These monuments belong to the most precious treasures of the Balearic Islands and are comparable to a big archaeological open-air museum. Later on, Menorca also witnessed the presence of Greeks, Carthaginians, Romans, Vandals, Byzantines and Arabs, whereas the latter remained on the island until 1229, when they were banished by the king of Aragon. After the reconquest, the island experienced savage attacks and sieges by pirates, like Red Beard and Mustafa Piali and their followers. After that, the Spanish control of Menorca was lost in favour of England under the terms of the Treaty of Utrecht - a state which lasted almost 100 years. As a logical consequence, there were constant attempts to recover the island by the Spanish, provoking struggles between the British, Spanish and also the French throughout the 18th century. The Peace Treaty of Amiens finally sealed the return of Menorca to Spanish control in 1802.

Ibiza, the 3rd largest island, has a very long history, too. Due to its convenient strategic position in the Mediterranean, many different civilizations left their traces on the culture of the island. As a result of all these comings and goings, the inhabitants of Ibiza, called “ibicencos”, are renowned for their stunningly hospitable nature. Nobody is a stranger here, since the island is accustomed to the high fluctuation of travelers. Ibiza used to be an important Carthaginian colony, evidence of which can be found in the manifold archaeological remainders. Later on it became a Roman colony, then during a relatively short period, it was occupied by the Vandals and Byzantines, and eventually in 707, Ibiza fell under Moorish domination. However, it was reconquered by Christian force under King Jaime I "the Conqueror", but the permanent struggle against pirates forced King Carlos I to set up defence walls.

The history of Formentera is basically the same as the one of Ibiza. It probably got its name from the cultivation of wheat (“forment” in the local dialect). It was first occupied by the Phoenicians, Greeks and Romans, and later the African Berbers invaded several times the island. This caused its inhabitants to abandon the island, and it was not until the 17th century that it was repopulated once again when it was finally safe from any pirate attacks.

The Balearic Islands have made a large contribution to the development of the Western culture in form of poets, philosophers, missionaries, artists and sportsmen, for example Ramon Llull, Fray Junípero Serra or Rafa Nadal.

Many tourists appreciate the Balearic Islands because of the wonderful climate. The summers are hot and dry, whereas the winters are mild with sporadic precipitations. The relative humidity oscillates around 70% throughout all the year. As a result, these two factors - temperature and humidity - produce a feeling of extreme well-being on the human body. There are approximately 300 days of sun during the year, with an average of five hours per day in winter and more than ten hours during the summer months. The sea is characterised by an intense blue colour and a crystal-clear transparency along the coastline. The prevailing wind comes generally from the south-west, and the average yearly atmospheric pressure is 758.7 mm.

The Balearic Islands are also famous for their local festivities and folklore, so there are lots of typical “fiestas” held in the different towns and villages of the archipelago. One of the most important festivities takes place in Ciutadella (Menorca) in the 3rd week of June. Other essential events are the “Devallament of Pollensa” (March 23rd), Sa Pobla (January 16th/17th) in honour of San Antonio Abad, and the “Day of La Beata” in Santa Margarita (September 3rd). Ibiza celebrates its festivities on the days between July 30th and August 5th.

Moreover, the Balearic Islands maintain a rich and prosperous tradition of craftsmanship. Embroidery, pottery, carvings in olive wood, wrought-iron works, objects made of palm leaves and raffia, cultivated pearls, cut glass, handmade shoes and exquisite imitation jewellery are just some of the things that interested visitors can find here.

Wondering how is driving in Mallorca?. Below you can see a video about going by car in Mallorca, Sa Calobra by day.

Accommodation The Balearic Islands can accommodate about 250,000 visitors in their modern and steadily growing hotel network.

The province can also accommodate up to 350,000 holidaymakers in other well-developed and comfortable establishments which include apartments, villas and bungalows.

Besides, there is also the possibility to rent accommodation (with or without furniture), as well as to buy property and land (although this mostly depends on the availability in different areas). Nevertheless, the prices are generally quite reasonable here.

Transport The Balearic Islands dispose of the airports Palma de Majorca, Ibiza and Mahon, whereas Palma Airport is the 3rd biggest of Spain referring to passenger numbers. Since the Balearic Islands are conveniently situated between Spain, France, Italy and North Africa, there is also the possibility to travel by ship, for example with companies like Transmediterranea. Tourists arriving at the islands often use the service of car hire Mallorca, because a hired car is the best way to explore the beautiful region on one’s own account.

Local cooking Within the world of Mediterranean cuisine, there exist thousands of variants depending on the respective region and country, so just on the Balearic Islands, there are 600 different recipes of local specialities, giving an idea of how multifaceted the Balearic cuisine is.

On Majorca the most popular dishes are soups, of which there are two main varieties. The first type of soup is of more liquid nature, composed of fish or meat, while the second kind - considered the true Majorcan soups - is drier, more substantial and nowadays much more difficult to find. They probably originate from the ancient cabbage soup and are the piece of resistance of a rural community. They consist of vegetables, in particular cabbage, slices of bread soaked in the cooking broth, paprika, tomatoes and garlic. The end result is soft, light and very juicy.

After the soups there comes the main dish, consisting of “porcella”, which is prepared in various styles, especially roast (known as rostit). It can also be stuffed with a composition of pig's liver, eggs, bread, spices, apples and plums. Besides, one should not forget the famous “sobrasada”, a mixture of soft lard and paprika. One of the most popular vegetable dishes is “tumbet”, a kind of pie which has a layer of potatoes and another of aubergines. It is then covered with a sauce made of tomatoes and peppers. Aubergines, which are a typical element of this meal, can also be stuffed with meat or fish or even baked.

As far as desserts and confectionery are concerned, the best-known sweet dish is the ensaimada, an exquisite kind of big bun made of lard which requires a complicated elaboration.

On the island of Menorca the most important specialities are those based on fish and shellfish. These ingredients are found in great quantities off the coast and are of an exceptionally high quality. However, maybe the most outstanding dish of all is lobster stew that consists of pieces of lobster, peppers, onion, tomato, garlic and a liqueur made of herbs. Other typical dishes include lobster with rice, tuna with mayonnaise, partridge "a la menorquina" and roast goat with sobrasada. The cheese of Mahon with an almond sauce, lobster with squid and herbs and “el guisat de marisc” - a succulent stew made with fish and shellfish. Throughout the Balearic Islands there exists a large variety of “coques” - rectangular tarts that are covered with minced vegetables, fish or meat.

Regarding wines, Majorca is the only island that produces them. Nonetheless, the Balearic Islands do have other interesting drinks, though, for instance Menorca’s gin, which is used for the preparation of the very popular pallofas, and on Ibiza, there is a very strong herb liqueur known as frigola which is normally served with ice. 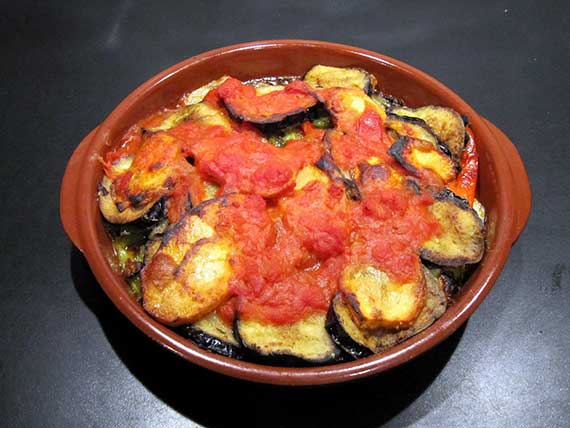