Spain, a country of great geographic and cultural diversity is located in the southeast of Europe. It shares the Iberian Peninsula with Portugal and Gibraltar and in the northeast with France and the Principality of Andorra. In the eastern part its borders are defined by the Balearic Islands, located in the center of the Mediterranean and in the south by the quiant Canary Islands, the Atlantic Ocean and the cities Ceuta and Melilla located in the north of Africa. All this makes travelling to Spain a very enriching experience as the country offers a wide range of destinations, activities and landscapes: green grasslands and valleys, it’s the second mountainous country in Europe and boasts mountains and snow-covered hills in the north, desert-style regions and white sandy beaches in the south and the exotic black volcanic beaches on the Canary Islands. 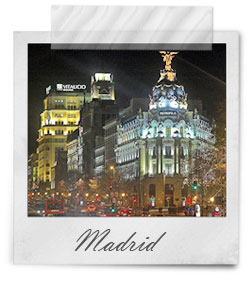 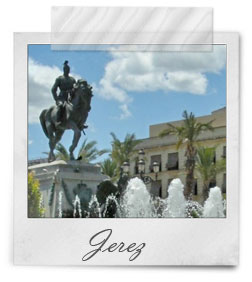 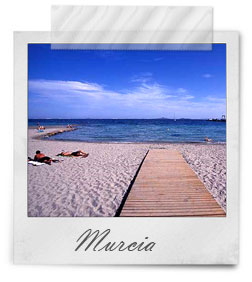 Spain comes in second regarding countries with the highest number of foreign visitors. Cataluña is Spain’s first tourist destination closely followed by the Balearic Islands located in the Mediterranean Sea. It’s an archipelago composed of five islands: Las Gimnesias (Mallorca, Menorca and Cabrera) and in the south Las Pitiusas (Ibiza and Formentera). They provide a wide range of cultural offerings, mild climate with at least 300 sunny days per year and beautiful landscapes and beaches, which made these islands to a place visited by tourists from all over the world with the airport of Palma de Mallorca being the busiest in Spain.

Another main tourist destination in Spain is Andalucia. Located in the South of the Iberian Peninsula it’s the second extensive self-governing community in Spain. It’s southern borders are marked by the Atlantic Ocean bathing the coasts of Huelva and Jerez (Cadiz) and the Mediterranean enclosing the coasts of Cadiz, Malaga, Granada and Almeria. In the east it adjoins to Almeria, the Mediterranean Sea and the Spanish Levante. Due to this strategic location the Andalusian ports stimulate a big movement of commercial and tourist activities. The air traffic counts on many well placed modern and spacious airports. The monuments and beautiful landscapes of Seville make it definitely worth a visit, find further information in its guide. Everything works together: great climate, great diversity of landscapes and relief, beautiful beaches, villages and a wide range of culture and leisure activities make Andalucia an obligatory destination for visitors.

Las Fallas one of Spain's most spectacular festivities takes place in March. Venue is Valencia, capital of the Valencian Community which is a very popular destination for both, Spanish and foreign visitors. We find La Costa del Azahar ranging from Vinaroz, La Costa del Casellon and the Golfo de Valencia to Denia. The well known Costa Blanca can be found a little to the south with higher temperatures than the Costa Brava whose most famous cities like Alicante and Benidorm offer a great deal of leisure and fun possibilities attracting year after year thousands of visitors, specially Benidorm being the biggest tourist resort in the region.

Another booming self-governed community is Murcia, boasting the airport San Javier next to the Mar Menor about 47 km from the capital and the Cartagena Port where lots of visitors arrive on board of cruise ships, both providing all necessary facilities for your stopover.

On the coast we can find various popular tourist resorts such as La Union, Carboneras, Puerto de Mazarron, Aguilas and Cartagena, the main costal village, as well as La Manga del Mar Menor the so-called “largest pool in the world” with 170 sqm. Its shallow waters and mild winds make it the ideal location for practicing water sports. It also provides two golf courses, spectacular hotels, a marina, leisure centers and restaurants converting the area in one of the most important tourist resorts of the Mediterranean.

We hope you enjoy your holidays in Spain, and do not forget to get back to us for sharing your experiences!