Today, holidays in Spain and tourism is one of the mainstays of the Spanish economy. It was in the 50s of last century when it began to promote Sun and Beach Tourism, as Spain enjoy a fairly warm and sunny climate compared with other European countries. Added to this, there are more than 3,500 kilometers of coastline which remain one of the biggest attractions in Spain. Spain holidays means beach and sun...but Spain is not just a beach paradise, it has much more to offer. 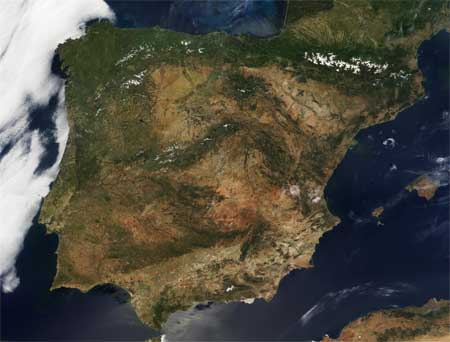 The best known Coasts are the Costa Verde in Asturias, the Costa de la Luz in Huelva and Cadiz, the Costa del Sol in Malaga, the Costa Tropical in Granada and Almeria, the Costa Blanca in Almeria, Murcia and Alicante, the Costa del Azaharin Valencia and Castellon, the Costa Dorada in Tarragona and Barcelona and the Costa Brava in Gerona.But Spain does not only offer some fantastic beaches and related tourist facilities, an extraordinary gastronomy, entertainment and nightlife, but is also one of the nations with the most beautiful and rich cultural heritage of the world.

The peninsula has a remarkable and varied landscape and is the most mountainous country in the European Union after Greece. Therefore, Spain is also has a major snow tourism in the various mountain systems, being the southernmost skiing station of Europe the Sierra Nevada in the homonymous National Park. In Spain there are a total of 14 National Parks with a great biodiversity and ecological significance.

For tourist destinations, Valencia, the Balearic Islands, Canary Islands and Andalusia are the first destinations of both international and domestic holidays in Spain.