In the town of Santanyí one can find the “Sa Porta Murada” an ancient archway, the only remains of the walled enclosure of the church “Roser” dating from the 14 th Century A.D.

The adjoining church of “Sant andreu” is of a later era, incide which is to be found one of the oldest and most valued church organs on the islands.

Of special interest are the building of the distinctive local Santanyí stone and the colourful weekly market held in the “Plaza”. 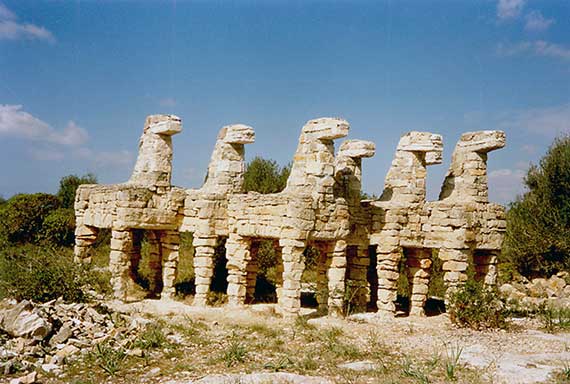