Cabo de Gata is on the western extreme of the Bay of Almería, has an extension of 34,000 hectares, spread out between the coastal area and the Sierra de Gata.

It is reached by the local road of Almería to San José and its fork to the district of San Miguel of Cabo de Gata, forty minutes away from the capital.

This natural area received its declaration in 1,987 and occupies a wide coastal strip of the south-eastern area of Almería. Because of the riches of its birds it was also declared ZEPA (Area of Special Protection for Birds). 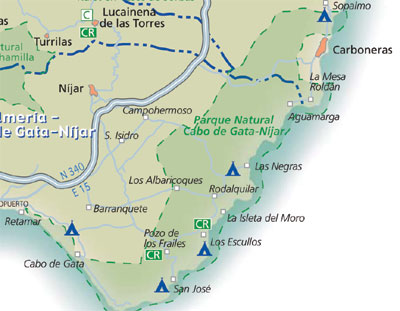