Just 10 minutes walk from the Malaga historic center is the María Zambrano train station. This station, opened in 2007 as part of the project to project to bring the AVE to Malaga, has become one of the busiest of Spain. There are many car hire companies at Malaga train station like Avis and others, so you will have no problem after renting a car for finding it.

The train station includes two railway lines, half distance and long distance trains. It has, thanks to the AVE, daily trains to Barcelona train station and Madrid-Puerta de Atocha, stopping in cities like Córdoba, Ciudad Real and Zaragoza.

María Zambrano station has a capacity to accommodate about 24 million passengers a year. Its facilities include shopping and leisure center Vialia María Zambrano, with a full range of shops and entertainment, as well as a four star hotel.

The Malaga train station location is close to Malaga city center, and is well connected to the rest of the city with the city bus service. In addition, there are connections every half hour from Malaga Airport, with the suburban train C-1, which is part of the same building in the station. And if you need to travel to any town in the province, next to the train station is the bus station or car rental services in Malaga train station. 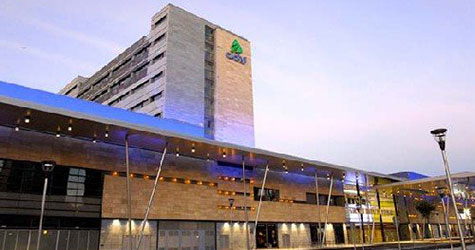 María Zambrano Station in Malaga has become, thanks to the arrival of the AVE (High speed train), one of the most bussiest train stations in Spain.

One of the features of this train station is a huge variety of services offered, having the largest shopping center built to date.

With more than one hundred business into the Vialia shopping center are divided into two floors. We can find from a travel agency, two car rental business (one of them is Europcar at Malaga Railroad Station), home furnishings, gifts, bowling, cinemas,cosmetics, a toy shop, a perfumery, a hairdresser and a wide variety of locals.

Find below some useful information from external websites related to Malaga train station.