Malaga is not only beach and parties, Malaga is culture and the city has an old heritage. We recommend the visit to the Picasso Museum, the Alcazaba castle or walking by the narrow streets from the city center, which will transport your mind into the old times with its classic and restaured buildings.

Lovers of architecture have here the opportunity to see traditional houses from the beginning of the 20th Century, built by the thriving middle -classes of the time.Agood choice for a stroll and to have lunch.

It is now the main commercial pedestrian street of the city. It was inaugurated in 1891 and was named after one of Malaga's most important 19th century businessmen. Here you will find all types of shops, businesses and restaurants, and should also explore its narrow adjoining passageways such as the Pasaje de Chinitas.

A major connection point in one of the loveliest areas of the city. From here you can see the Alcazaba, the Puerta Oscura gardens and La Coracha, the Paseo del Parque and the Paseo de la Farola. The square's main feature is the Tres Gracias foutain, which commemorates the remodelling of the square in 1878-79 to a design by Jose Maria Sancha, who was a key figure in much of the city's design at the beginning of the century.You can also see the former Noble Hospital builing building.

Romantic former bathing area which has a lovely view of the bay.There is a restaurant for rest. 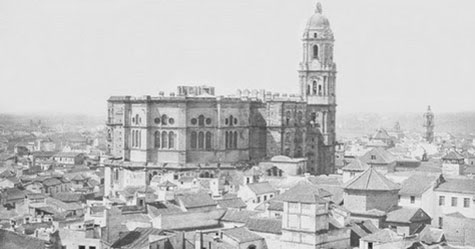 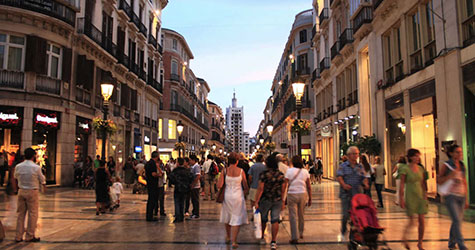 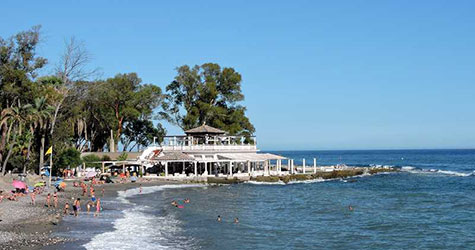 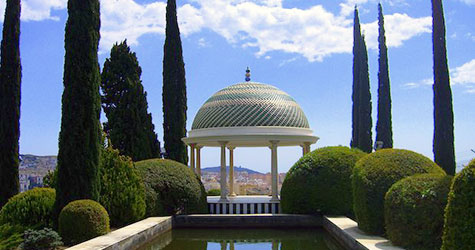 Its name means Bridge of the Germans, and it was built by the German government between 1907 and 1909 in gratitude to the people of Malaga for their rescue efforts after the German frigate Gneisenau sank in 1900.

The lighthouse is one of the city's best -known features. Along the promenade towards the lighthouse from the Parque, is the statue of El Cenachero, built in memory of the old "marengos".

A traditional bodega, or wine cellar, situated in the Alameda Principal, where you can taste Malaga wines. It is said that Queen Elizabeth II tried some local wines here, the winery still being owned by the descendants of the first owner who bought the winery to "de la Guardia", when he accepted a governamental position in Segovia and left Malaga.

Considered one of the best of Europe, the historical botanic garden of the Finca de la Concepcion was created by the marqueses of Loring in 1850. These wonderful gardens contain more than 5000 magnificent examples of tropical, sub-tropical and autochthonic species, including the tallest tree in the province, and Araucaria pine 45 metres high- bamboos and all sort of birds. There are also waterfalls, lakes and a small museum with statues, Roman mosaics and bronze pieces.

Is in the heart of the city .It is 800 metres long and was built a century ago. Malaga's lovely climate is perfect for a walk through this Mediterranean garden, which contains plants from every continent, many from tropical and sub-tropical countries.There are examples of a Tree of Fire (Australia) and the "Pandanus candelabrum", with its enormous roots, which comes from the marshy region of south-east Africa.

Find below some useful information from external websites related to sightseeing in Malaga.